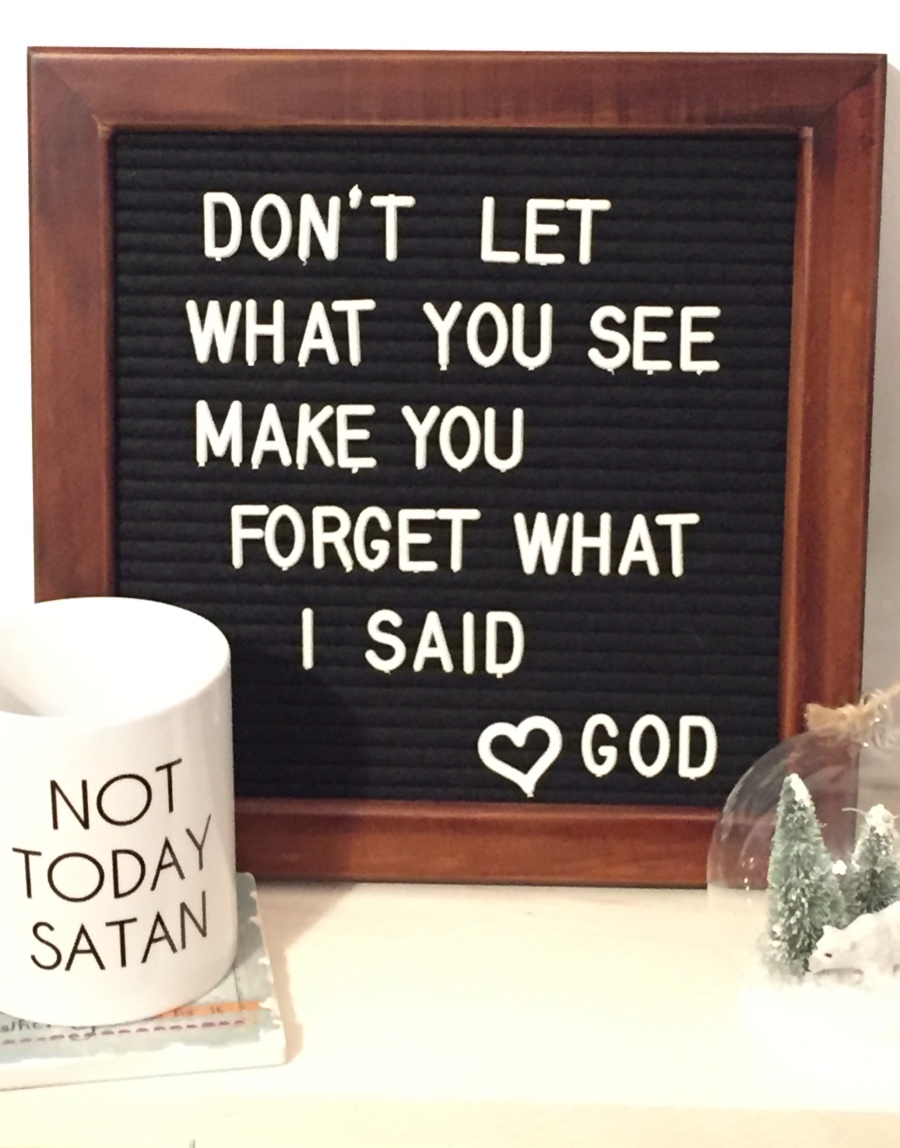 “For we walk by faith, not by sight.”

One of my favorite games growing up was one which my sisters and I created titled “Pearl Harbor”.

We would go out to our front field which ran along the state route we lived by and starting in the back we would try to stealthily make it to the front before an “incoming enemy” (aka a car) was able to fire upon us. We would army crawl, jump over logs and take cover in the tall grass. When the enemy swept in, we would high-tail it to the back to start all over again. It was a game inspired by its cinema namesake, and built primarily on imagination. In our game the good guys always came out on top, sometimes with a few minor injuries but without a single casualty. #win.

Things looked bad, but we never lost hope. We never believed there was a reason to not have complete faith in our ultimate victory.

Looking back, it is astounding how the imagination can change. As we get older we are still tempted to let our imaginations run wild, though they seem to take a different direction when things look bad. They run wild with worst-case scenarios and ever-growing mountains and obstacles. All we see are the realities this world insists are unmovable- and most of the time it’s bad, it’s really bad.

Many of us at different times in our lives, may be one piece of bad news away from a breakdown, slipping into the black pit with no way out. A mindset of  “It’s impossible, it would literally take the hand of God…”

… The hand of God. Our grown up imaginations often seem to forget about His presence, as it runs amuck in all of its doomsday scenarios. But what if we redefined our imaginations’ job description? Not merely as some impractical childish foolishness but as a powerful and purposeful tool. A tool which helps us to walk in faith, even when what we see is bad. A tool to help ground us in a faith that cannot be shaken, a childlike faith.

Can you imagine? I can, and I see a world overcome not by doubt or fear but by hope. Unspeakable hope that no matter what this world throws at us, the truth that the best is yet to come prevails. Knowing there is no situation too lost, no news too bad or circumstance too dark that God cannot reach it.

Our faith and our hope are not resigned to only when things are going well. It’s easy to declare hope and God’s faithfulness when all looks right in our world. True faith is knowing how bad it really is, how seriously hopeless the situation looks and sounds, being in the middle of it and choosing God’s ultimate truth over those worldly facts surrounding us.

Having faith is fearlessly charging ahead, jumping over the obstacles, hitting your knees when necessary and running full speed to shelter. Those obstacles looked huge as we jumped and dove but from our shelter they no longer looked quite as large.

It’s the same now. When we look out at the obstacles from our shelter and mighty fortress, Jesus Christ, they no longer seem so impossible.

Walk by faith, not by sight. Don’t look back. Don’t look around. Look at Him. And just like in those childhood games, bring back up. Remember His words. And let what you see be transformed.