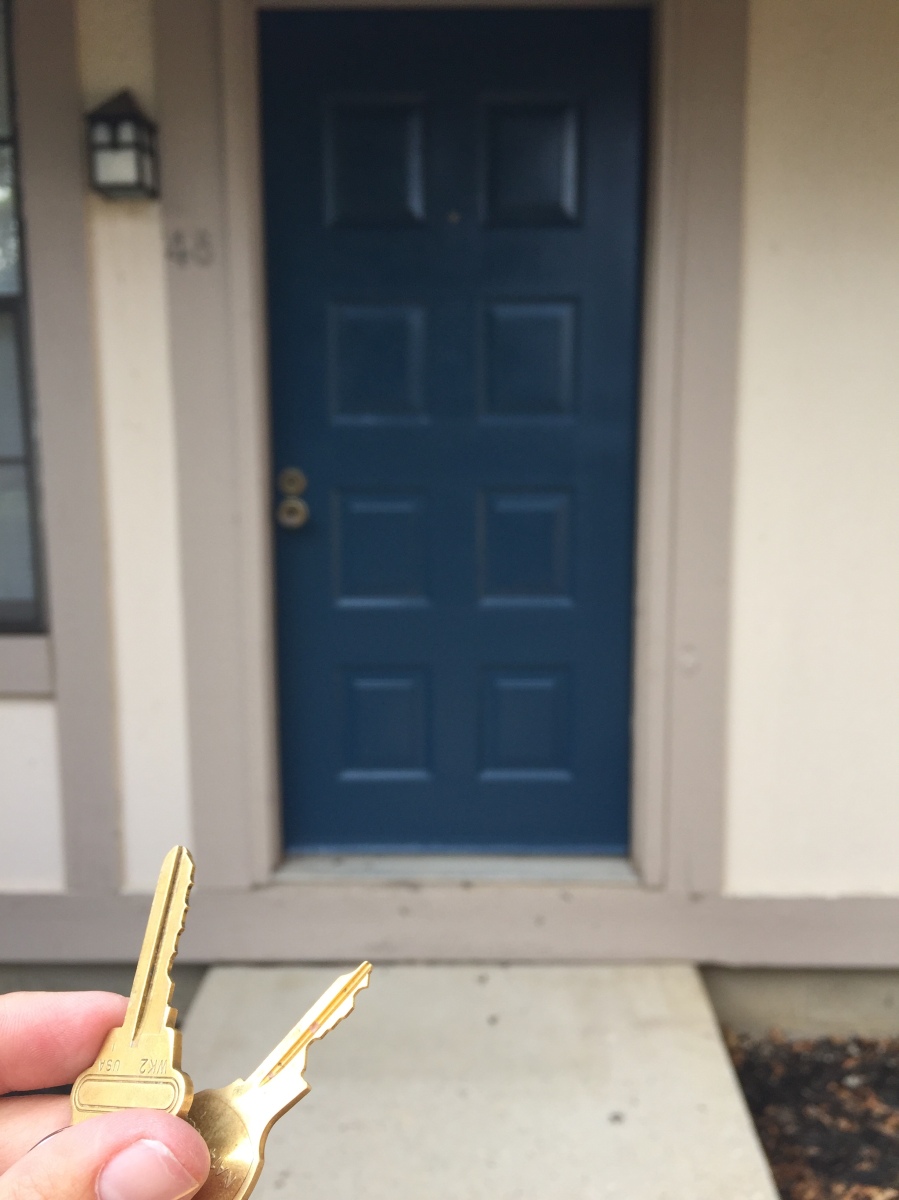 In him we have boldness and confident access through faith in him.

I am assuming that I am not the only one who blinked and feels as if they missed the month of August?

Back to school, last minute vacations, fair days and all of the final summer celebrations that bring summer to a close and welcome fall in (heralded in by the infamous release of pumpkin spice everything!) 🍁

I had not intended to take a blogging “sabbatical” this summer… regardless I am back and I have missed you all a great deal!

Just to let you know where I have been; I managed to finish my three courses (and begin my new ones), wrote 1/3 of a book (which I hope to finish and share more on soon), graduated my first unit of CPE continuing my journey to becoming a certified hospital chaplain and…

Located a spot and moved into mine and Reyna’s new space!

The last few household items were put up these past few days (Thank you Grandma, Tom and Dad!) And we are officially moved in!

The picture above is when I first received the keys.

The Lord ensured I had plenty of time and I was very blessed to enjoy a “slow and steady” moving in process.

For the past two years the majority of my things were in a storage unit and then over this summer spread out between two households. So the gathering was quite an adventure in itself.

However despite the change and difficulties when making a move… and the colossal task of unpacking, I had a moment of complete gratitude.

Don’t get me wrong- this move was not one taken on as a solo gig and I was and still am incredibly thankful for every helping hand and encouraging word that continues to pour in- but this was a moment of a different form of thankfulness.

What I was thankful for had been buried, not readily on the surface, kind of out of sight. Needless to say, it took me by surprise, a sort of revelation.

As I walked through my halfway unpacked apartment I was “down on my knees” thankful to have access to things I had not seen in over two years.

Memories flooded in as I unpacked items dating all the way back to ten years ago when I first moved out to my first dorm room in Oklahoma.

And the reality is that I do not need these things. If everything I owned were to disappear tomorrow, I would be okay.

Because I have a God and a Savior and a Spirit that can never be taken from me. And at the end of the day they always hold my every hope and prayer as well as all my trust and love.

But as I look and remember, I am humbled and grateful for every blessing I have received and continue to receive that I did not and do not deserve.

The adventures this journey has taken me on and the wonderful people who have joined me along the way.

I thought about it for a moment, this concept of access. And I realized this was far from the first time I had stumbled upon a lovingly opened door.

And as I reminisced on all these lovingly opened doors of the past, some of which had also been lovingly closed- ushering me on to the next one- I found myself reveling at the door which by all human standards could have never been opened.

The greatest access I have ever been and ever will be granted is the access I have through Jesus, who opened the door that was by all human accounts impossible to open.

The key to which was something I would have never been able to possess and that which had to be freely given, the blood of my God walking alongside humanity in this broken world.

It can be hard to fathom.

But as the verse from Ephesians reads, it is through faith in Christ Jesus, that we can have bold and confident access to the throne room of the Lord.

Do you know when you pray in Jesus name, no matter where you are- on your knees, standing up, eyes open, eyes closed, a few words, many words, no words just a voiceless weeping- you have entered the throne room of God.

And you, yes you, have the full attention of the creator of the universe.  And He listens to you. He hurts with you. He celebrates with you.

In Jesus you have been given access to the Kingdom, he’s given you the Kingdom keys. You’re no longer a guest, you’re an adopted and battled for child of the King.

And our King loves to listen and talk to you. There is nothing too insignificant or small, He wants to hear about it all. He knows every hair on your head.

He is a King who has personally created you in His own image, purposefully crafted you together for a time such as this and who, not would but has, died for you.

It is not the first word I would have put on a list of thanksgiving. Yet, it is the beginning and ending of everything, in Christ Jesus.

I am excited to be writing again my friends. Please comment any prayer requests below or on the page listed in the tabs above. ♥️🙏

The picture at the top is when I first received my keys. Included below is a picture of Reyna preparing to enter our new “home away from home.” (Complete with “Give Thanks” wreath and “This house runs on coffee and Jesus” welcome mat!) 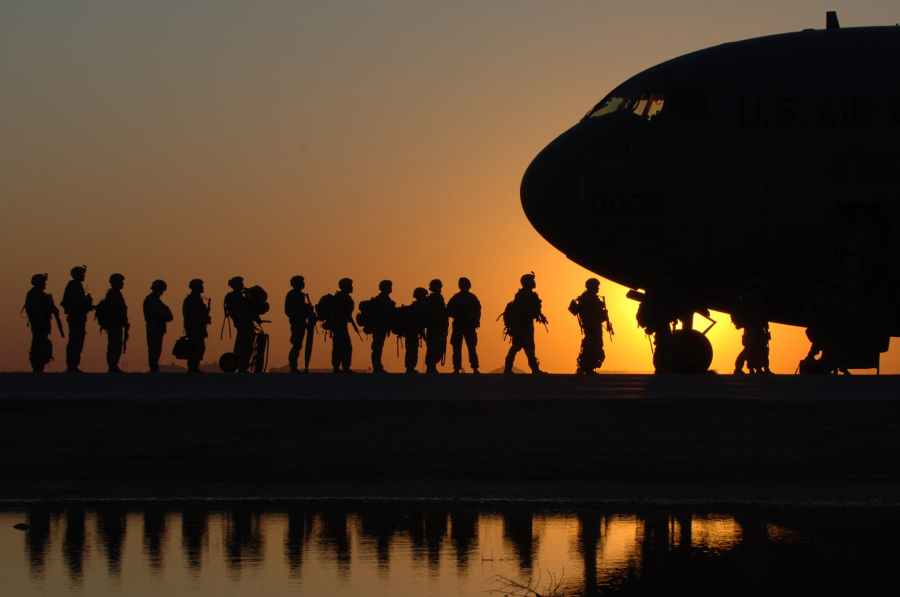 “My prayer is not for them alone. I pray also for those who will believe in me through their message, that all of them may be one, Father, just as you are in me and I am in you. May they also be in us so that the world may believe that you have sent me. I have given them the glory that you gave me, that they may be one as we are one— I in them and you in me—so that they may be brought to complete unity. Then the world will know that you sent me and have loved them even as you have loved me.”

Abraham Lincoln pleaded for it, Helen Keller proposed it and J.K. Rowling wrote about it. Gandhi believed in it, Henry Ford franchised it and Martin Luther King Jr. fought for it.

And Jesus, Jesus prayed for it.

It is not something that many of us generally take into consideration but is absolutely essential in every relationship we have. Let alone in our general heart-ittude towards humanity.

What would you pray for?

What do you think Jesus would pray for?

I can honestly confess when this question was first posed to me, my initial guess was wrong. And the answer hit my heart hard. Because while I may have been striving to love and serve and lead a life I felt fit in the guidelines- I could not recall ever taking unity specifically into consideration. I suppose I always assumed it was a byproduct of all the other things. Surely it would follow when I acted on those other principles.

I had never connected the dots that it was literally Jesus’ last prayer before he was arrested. He had fallen on the ground distraught not hours earlier, pleading with his Father, begging for his life; but not my will – let yours be done.

However that moment before it all began, before that hellacious day took place in order to achieve a heavenly victory Jesus didn’t pray for further strength. Although his eyes were probably still red from his earlier desperation, he didn’t call down the legion of angels on stand by. No concern on his own behalf passed his lips.

Thanks to John we know the who, what and why in Jesus last prayer with his disciples.

“My prayer is not for them alone. I pray also for those who will believe in me through their message, that all of them may be one”

He prayed for their unity.

“-so that they may be brought to complete unity”

So that all would know they are loved.

“Then the world will know that you sent me and have loved them even as you have loved me.”

His greatest concern, his final plea to heaven – was for you and for me and for every believer to live in unity. To never feel alone. To know that they were loved. To know that they had a family always by their side and continuously on call. Highs and lows. Thick and thin.

And you want to know what made my heart practically stop?

What was it about this prayer that could be anymore astounding than it already was?

The revelation- that Jesus prayed this prayer, that he pleaded in full faith to the Father, that we would never feel alone….

Moments before he would experience the greatest depth of loneliness and desertion ever to be felt.

His friends would flee.

Every advocate would hide.

And His Father would turn away.

As we celebrate Memorial Day and remember those who have given it all for all that we enjoy in the United States of America. As we remember those who believed in the good in this world and believed it was worth fighting for, even if the cost was their life- I hope we can all lean in a little closer.

Every year the division in our nation seems to be escalating. And as Lincoln stated, a house divided cannot stand. Aside from arguing, hurt feelings and high emotions not much is accomplished. Apart from the name calling and finger pointing we’ve spent more time in congressional “time outs” than in investing and supporting one another.

The point of this post is not to say who is right and who is wrong. I am not calling one out over the other. I am calling us together. My prayer is that of Jesus all those years ago.

Because those men and women didn’t fight for one over the other, they fought and fight for all. Basic human rights endowed by our creator.

This Memorial Day lets redirect and realign, remembering those things which truly matter.